How a Twitter Clone Heralded a No Code Boom

What happens when developing apps doesn’t require any coding skills at all? One technology is opening up a famously opaque industry, which could help level the tech playing field.

Many people who quit their jobs spend their new-found time updating LinkedIn profiles, polishing resumes or bingeing on Netflix. Not Vladimir Leytus. After leaving his analytics role at a start-up in 2015, Leytus holed up in his apartment to focus on an ambitious project: cloning Twitter. In less than a week, he’d built a nearly carbon copy of the social media network. And he did it all without writing a line of code.

As a recent MBA graduate, Leytus had plenty of ideas for apps, though he lacked skills in software development, a common barrier to would-be tech entrepreneurs. But then he discovered Bubble, a drag-and-drop builder with a deceptively simple interface. It’s one of several advanced ‘no-code’ tools enabling hundreds of thousands of people without technical backgrounds to create their own apps, effectively eliminating the need to learn a coding language before launching a start-up.

To demonstrate what the tool could do, Leytus relied on the novelist’s adage – ‘show, don’t tell’ – and used Bubble to hack together a fully functional web app he named Not Real Twitter. He gave it a cheeky tagline: “Just like Twitter, but worse… a lot worse.” While it worked like the real thing, his goal wasn’t to give disaffected Twitter users a new home. Leytus was in the early phases of co-founding AirDev, where he today helps start-ups and enterprise clients leverage no-code app builders. He wanted to show his prospective clients what he could quickly build without actually writing code himself.

“It was very difficult to explain to somebody without giving them something to look at,” says Leytus. “[Cloning Twitter was] more convincing than me just saying, hey, this can actually make pretty powerful stuff.” 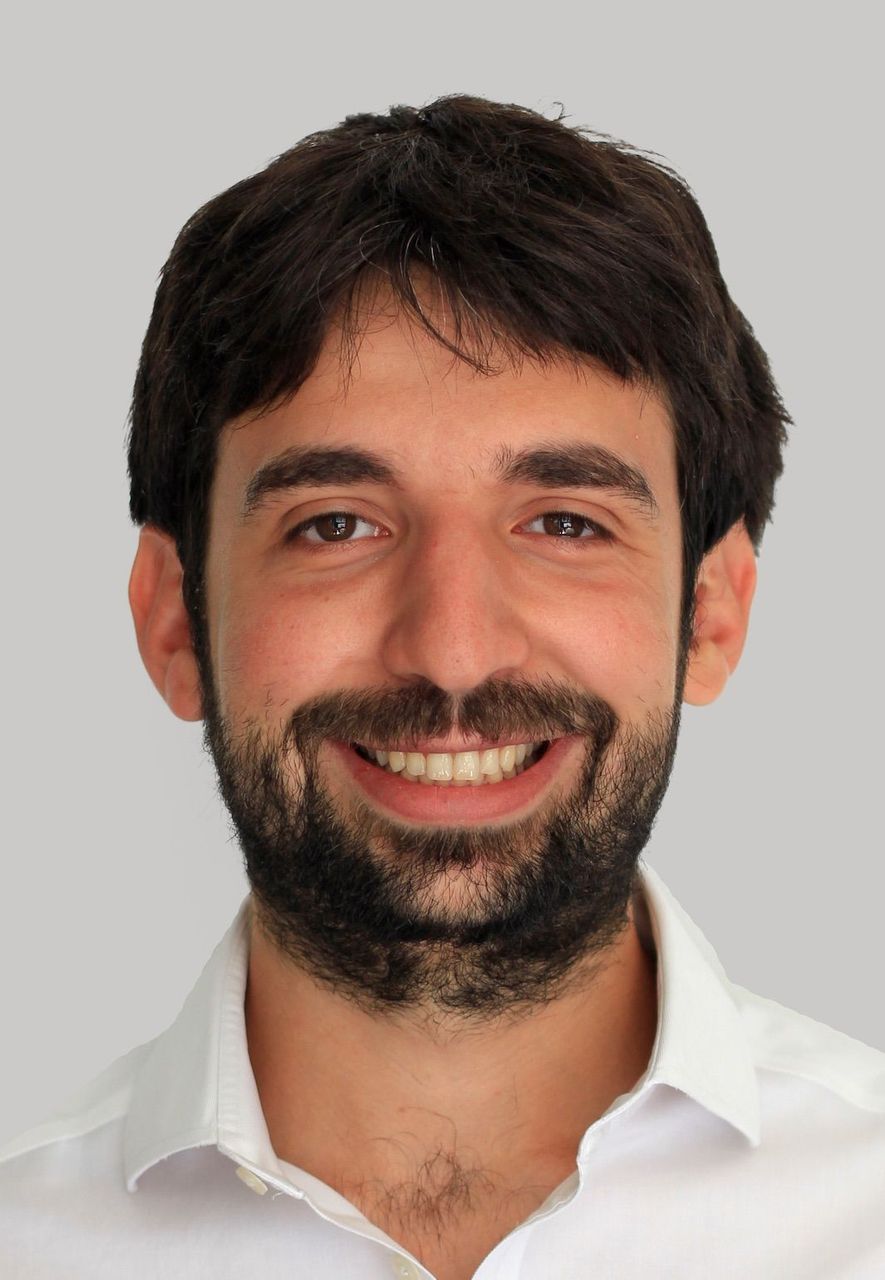 He added an all-caps note on the clone’s homepage addressed to Twitter: “PLEASE DON’T SUE US.” Luckily, they didn’t. He posted about the app on Hacker News, a social news website, and his story quickly became an example of the no-code movement’s potential.

Five years later, Leytus decided to repeat the challenge again, as the 2015 version is “no longer representative of what you can build with no-code technology”. He and the AirDev team have built an updated clone, dubbed Not Real Twitter v2, with a design that looks like modern Twitter. He says it reflects how much tools like Bubble have matured, with improved functionality and greater support for mobile devices.

It may be surprising just how much you can accomplish without knowing an iota of programming language, or writing any code at all. Projects like Leytus’s show the potential for nearly anyone to jump into development – a field that’s currently opaque to those without certain skills. Could no-code development be the future of web-based innovation – and, if so, what does that mean for how we build the ‘next big thing’?

But early no-code adopters saw a more radical future in which anyone could make their own apps, and a movement that could redefine what it means to be a developer and diversify tech entrepreneurship. In 2015, that was still a niche vision. In 2020, it’s looking more and more like reality, with some analysts predicting the market for these types of app builders could grow to more than $45bn by 2023.

“On Twitter, you can see so many people actually changing their handles to @NoCodeBen, for example, or putting ‘#NoCode maker’ in their bios, which did not happen just over a year ago,” says Ben Tossell, co-founder of no-code platform Makerpad. He notes that between 60% to 70% of Makerpad’s web traffic comes from new users, and believes much of this growth is driven by non-technical people realising what they can build on their own.

“Now you can build almost anything you want with no-code technology,” adds Leytus. For example, Bubble demonstrates everything you can do through tutorials for cloning apps including YouTube, Reddit, Uber and Instacart. And in its popular library of online courses, Makerpad teaches an ever-expanding community of hobbyists and entrepreneurs how to use no-code tools to launch almost any kind of digital business.

Bubble alone counts 400,000-plus users, some who have gone on to launch businesses raising hundreds of millions of dollars in capital and secure spots in prestigious start-up accelerators including Y Combinator. And ‘no code’ now ranks among tech’s hottest buzzwords, with dozens of tools including beginner-friendly mobile app makers like Glide and Adalo to more advanced website builders like Webflow, and even Alexa-skill creators like Voiceflow. 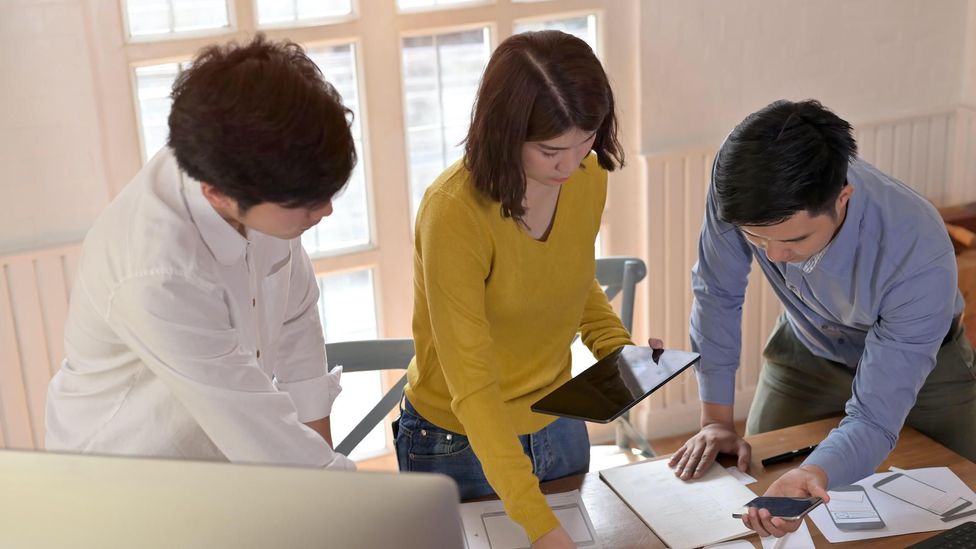 Leytus compares the no-code trend to the emergence of PowerPoint, which mostly eliminated the need for in-house presentation designers since everyone could design their own. He predicts the same will happen with most software over the next decade. “We’ll see this ‘citizen developer’ concept emerge – a person who isn’t a professional coder but, as a part of their toolkit, they’re able to build no-code software when they need it.”

In many workplaces, no-code tools are already having a notable impact for both IT teams as well as those with job descriptions that fall well outside tech. In the past, a marketing team might work with a designer to create a prototype for a custom website or web application, which they would then hand off to developers to build. Teams using no-code tools can save time – and development resources – by skipping development entirely.

Traditional developers themselves have reacted with both scepticism and alarm – reactions often heard by Tara Reed, a prominent no-code developer and founder of start-up boot camp Apps Without Code.  “If you make a living writing code, there’s something scary about the idea of everybody being able to build without code,” she says.

But the resistance from coders isn’t entirely unwarranted. ”Some of this skepticism is true,” says Alvin Cheung, assistant professor of computer science at the University of California, Berkeley. “I don’t think we will see complex systems – say, an operating system – generated automatically anytime soon,” he explains. While no-code developers have the tools to create increasingly sophisticated web apps (e.g. Twitter), it still takes coders to develop something as complex as a no-code app builder. Rather than making coders obsolete, Cheung imagines this growing sector helping expert programmers work more efficiently as well as offering an easier entry point for novice developers with a bold idea. “We have already seen this happening,” he says.

Many like Reed aren’t aiming to replace developers, anyway. For her, it’s about widening the demographic of people to benefit from technology, including reaching “underdog entrepreneurs” including “people of colour, women and others who don’t have the traditional Silicon Valley tech background”, she says. “We get to see people that the tech industry, frankly, doesn’t have enough of.”

Reed says her paid and free workshops introduce more than 30,000 people a year to no-code tools. Alumni have gone on to build profitable apps for overlooked communities and sectors including apps for music instruction in public schools, a directory for Latinx therapists and a platform for mums trading childcare.

Webflow’s Chou agrees that no-code has the potential to enfranchise many who have the “will to create”.  “Less than 1% of the world’s population are professional developers. That’s a lot of power locked in the hands of a few,” he says.

No-coders like Leytus are already paving the way – and he hopes that new adopters will soon build the next big thing, all code free. “I’d love to see somebody build something that scales in a really massive way on a no-code platform,” he says. “This is the future of how we build software.”

This article first appeared on BBC.com, written by JD Shadel on 12th August 2020.